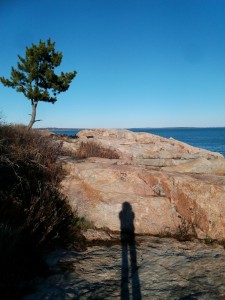 A mother contacted me, concerned about 10 year old son. She was asking me for a neuropsychologist referral. I did not “like” any of the names she had been given. I gave her a referral. Then inquired what she was pursuing an evaluation for. He had been seeing counselor for 6 months, making no progress. Things escalating at home. Child is very defiant at times and expresses rage at home. Current therapist made a referral for a neuropsychological evaluation and mom was going to pursue, with the possibility of trying a medication that may be beneficial. Child was described as having anger issues, possible anxiety and other “strange” behaviors.

I offered to see him one time. She brought him in. I asked to meet with him alone. I did not have nor want additional information. I wanted to get the whole story from the child. He shared that he is “defiant” and admitted he gets very angry at times, even to the point of biting his mother recently. I asked him if he ever heard of Superman and Bizarro. He hadn’t. I educated him with the help of Google images. I explained that Bizarro is Superman’s alter ego (the “bad” Superman) who wants to take over. I told him I think he has a “Bizarro” side to him. He agreed. I told him there is nothing wrong with him and he just didn’t realize that he was letting this Bizzaro version of himself take over. I told him that biting his mother, defiance and rage are destructive and cannot occur at home anymore, warning him that his relationship with his parents are at risk.

He agreed. I told him that no doctor, therapist or pill could fix this. That only he had the power to fix it. He understood. I asked him if he was ready to fix this. He said he was. I warned him that it wouldn’t be easy but he had two choices: keep going and let his Bizarro get stronger and take over and ruin things at home, or strengthen his inner Superman and shut Bizarro down.

Ironically, he was wearing and red and blue. We spoke for about 30 minutes. We explored anxiety and I did not find that he suffered from anxiety. There did not appear to be any disability involved. I sent him to get mom and then asked her to explain what has been going on. Her information was consistent with his. I asked him to help explain to her who Bizarro is. He did. I reassured her that he does not have any diagnosable problems and that with a solid commitment and a
good plan at home, he will turn this around. It was a very positive 60 minute meeting. Both mom and child left happy with the suggestion that they have a family meeting tonight with dad so the child can explain what’s going on with his Bizarro and his intention to get control.

I sent additional email recommendations that evening, with specific guidelines about how to cue him to prepare himself PRIOR to her giving him a direction, along with extending his current 8pm bedtime to give him some positive control in his life. She texted me a great big thank you and told me she got more out of the one visit with me than 6 months of therapy (about 12 sessions with a co-pay).  They are on the mend and on track to a better, healthier and happier home life. They will not be pursuing further diagnosis, because mom knows there isn’t one. I did want to make sure mom realized had we not interacted, she would have followed a very typical path of finding a diagnosis and treating with medication. She agreed and she admitted that she is unnerved at that fact that she was going down that road.

To quote this grateful mom:

“Just the shift from something is wrong to my son can fix this is so unbelievably powerful for us as parents. And the language I can use around that idea makes everything so much more positive and focused. It is scary to think I was close to going down that road when not necessary. I’m so grateful God sent me to you. Thank you a million times. I will sleep well. ”

Twenty-two year old male requested a meeting with me. He was experiencing extreme anxiety and depression over a recently failed job experience and a serious breakup from a long-term relationship.

We met in the morning. He disclosed that he tried to harm himself the night before. I screened him for risk and he was stable. We talked non-stop for a 1 ½ hours. He shared his feelings and emotions and I provided interpretation and feedback.

We had a discussion about finding the warrior inside. He had been feeling very defeated. I used various images and analogies to help him clear some of the smoke that had formed in his mind, heart and soul.

We hugged. I flooded him with text messages throughout the day. He had a big disappointment later that evening when he sought closure and attempted to communicate with his former girlfriend. We continued to text and I continued to help him clear the fog of misery and see into his own future and work on building the warrior within him.

He ended up sending me a quote that mirrored mine and I knew he was latching onto life again and finding his drive.

I only saw him once. We continue to stay in touch via text here and there or if I just text to “check in”. He is finding his warrior.

What’s important to note is that I didn’t “fix” him. I gave him the tools and showed him the way to fix himself, unlocking his G6, which is a mentality of goodness, gratitude, grace, grit, God, generosity and understanding what it means to be a warrior.